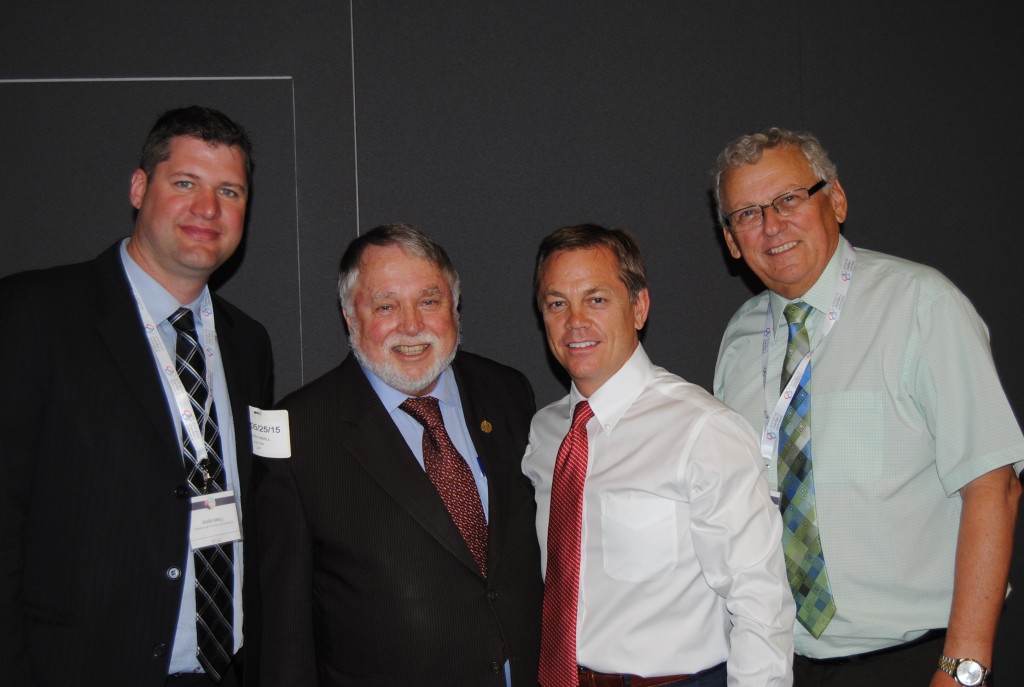 Local business leaders from Greater Toronto and Hamilton Area (GTHA) chambers of commerce and boards of trade – including President Jason Small and Executive Director Arend Kersten of the Flamborough Chamber of Commerce (FCC) – met with Ontario cabinet ministers on May 25, 2015 to discuss key issues impacting the regional economy. In a wide ranging discussion held at Queen’s Park, business and government leaders touched on three priority areas: solving gridlock and improving transit, planning for growth and infrastructure, and promoting economic growth across the region.

The meeting also served as an opportunity for business and government leaders to discuss the upcoming 2015 Pan and Parapan American Games, and the ways in which the region can capitalize on this major event.

As a result of the meeting, members of the GTHA Chamber Caucus spoke candidly with the decision makers of the Ontario government about some of the many concerns of the regional business community and expressed the outcomes they wish to see down the road.

In fact, the provincial government has recently restated their commitment to invest $130 billion in new transportation infrastructure, with a large portion of that allocated for the region. This news was well received by the Chamber Network, which has been a strong advocate for necessary infrastructure investments in the GTHA.

The meeting brought together the members of the GTHA Chamber Caucus with the following provincial cabinet ministers:

– Brad Duguid, the MPP for Scarborough Centre, and the Minister for Economic Development, Employment, and Infrastructure;

– Charles Sousa, the MPP for Mississauga South, and the Minister of Finance;

– Ted McMeekin, the MPP for Ancaster—Dundas—Flamborough— Westdale and the Minister of Municipal Affairs and Housing; and

“Today was a great opportunity for Ontario’s business leaders from the GTHA to speak collectively with government about the issues affecting the region,” said Allan O’Dette, President and CEO of the Ontario Chamber of Commerce. “We will be exploring options to deliver similar opportunities for the entire Chamber Network in 2016.”

The GTHA Chamber Caucus is composed of 22 chambers of commerce and boards of trade from across the Greater Toronto and Hamilton Area (including the FCC). The group serves as the voice of business in the region, advocating for pro-business policies and providing valuable services and leadership that contribute to the growth and prosperity of member businesses and their respective communities.