Gord Forth to Receive ‘Lifetime Achievement’ 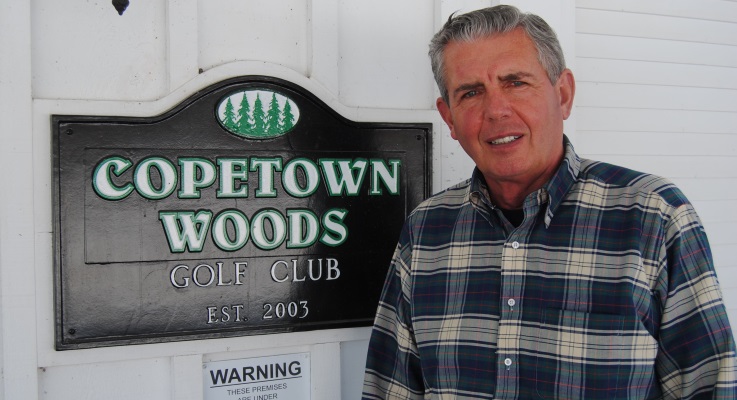 He started growing vegetables in Carlisle when he was only 13 years old. And before he sold his farms just outside Copetown last year, he was an award-winning grower (including Canadian Farmer of the Year) of broccoli for some 40 years. Then – after taking up golf in 1997 – he developed one of Ontario’s top golf and banquet facilities – Copetown Woods Golf Course – in 2003. In recognition of his accomplishments, the Flamborough Chamber of Commerce (FCC) will present its most prestigious award – the Lifetime Achievement Award – to Gord Forth at the 2015 Outstanding Business Achievement (OBA) awards gala on Friday, March 27 at the African Lion Safari. Forth will join a small group of Flamborough business icons who have enjoyed uncommon corporate success over a period of decades. Members of the public are welcome to join the FCC at the OBA gala, which will once again be taped for later broadcast by TV COGECO.

Over the years, the OBA awards gala has evolved into the ‘social event of the year’ in Flamborough. In addition to the Lifetime Achievement Award, there will also be presentations in a number of other categories including Business Growth and Development, Community Service by an Individual, Community Service by a Company and the Town of Flamborough Award. The FCC is delighted that Nicole Martin of Carlisle has agreed to emcee this year’s gala. Nicole is the first recipient of the FCC’s Young Entrepreneur of the Year Award and is well-known as a reporter for CHCH. Those members of the community who want to join the FCC in honouring this year’s recipients can do so by purchasing tickets online.