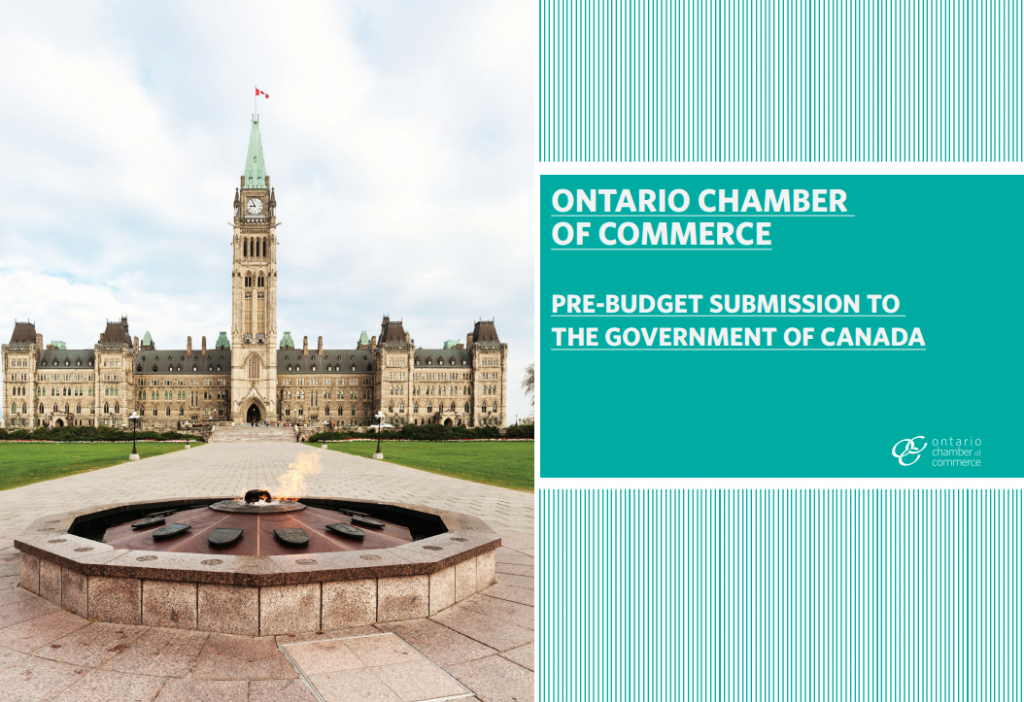 According to recent polling, half of the OCC membership agrees that their organization is suffering from a lack of public investment in infrastructure. Looking at all Ontarians, 81 percent agree that “Canada needs to invest more in infrastructure in order to grow our economy”. The OCC Network – which includes the Flamborough Chamber of Commerce (FCC) – is therefore calling on the federal government to address the province’s infrastructure deficits through targeted, trade-enabling investment in projects that help Ontario firms do business and grow the economy.

Canada’s infrastructure needs are not just roads and transit. Half of OCC members surveyed say that internet speed or connectivity hinders their ability to do business. This is especially noteworthy, as 82 percent of Ontarians agree that high-speed Internet is critical to their work and/or way of life.  Broadband access and quality is not just a rural or remote issue – suburban companies report similar issues with connectivity, and 30 percent of all businesses say that telecommunications is a critical infrastructure need in their region.

The OCC’s submission also calls on the federal government to work more closely with the Government of Ontario to address the current inequality in federal EI funding. As a result of these inequities, Ontarians contribute between $9.1 and $12.5 billion more than what they get back in terms of services. The federal government must correct this fiscal gap, as the current funding calculation places the province at an economic disadvantage.

The OCC Network is also concerned about the federal deficit and debt levels.

“The OCC understands the importance of targeted specific investments in the province, however it is concerning to see the federal debt and deficits growing at such a rapid rate, “said O’Dette. “Running a large or long-term deficit is not something that is good for the federal or provincial economy.”

Regarding the proposed small business tax credit, the OCC believes it is imperative for the federal government to clarify its position before acting. The government may be overstating the extent to which wealthy individuals incorporate to receive better tax treatment. It is important that the government acts on the best available evidence as it implements a reduction to the small business tax rate.

You can read the entire submission by clicking HERE.