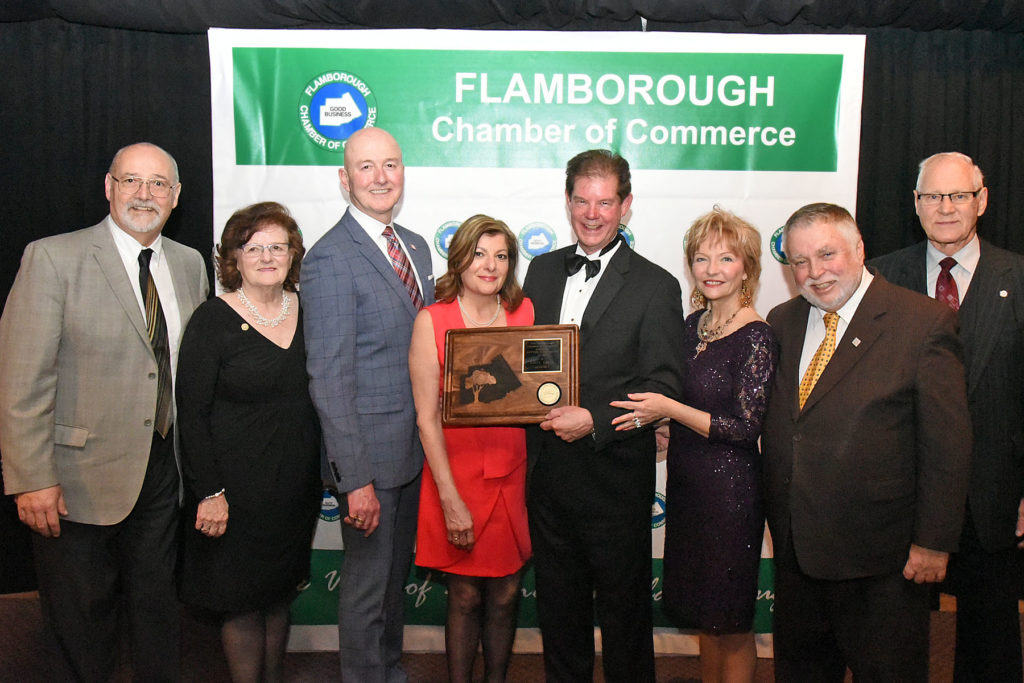 Former Flamborough Councillor Gerry Aggus will join a select group of local corporate icons and community champions when he is presented with the prestigious Lifetime Achievement Award by the Flamborough Chamber of Commerce (FCC) at the 2017 Outstanding Business Achievement (OBA) awards gala at the African Lion Safari on Friday, March 31.

A resident of Waterdown and a lawyer with Ross & McBride, Aggus has served the community in a number ways. He is a Past President of both the FCC Board of Directors and the Rotary Club of Waterdown. While on Flamborough Council, Aggus chaired the Planning and Development Committee during the pre-amalgamation era.

At what has evolved into ‘the social event of the year’ in Flamborough, the OBA awards are designed to ‘recognize, honour and celebrate the very best in corporate excellence and community service.’ OBA awards will also be presented to a number of businesses and individuals in other categories. Returning as emcee is CHCH reporter and anchor Nicole Martin, a past recipient of the OBA’s Young Entrepreneur of the Year Award. The presentations of the awards will be taped for later broadcast by TVCogeco (Burlington, Oakville and East Flamborough) and Hamilton’s Cable 14 (including Ancaster, Dundas, Hamilton Mountain and Stoney Creek). And one lucky attendee will go home with a system-wide voucher from Westjet Airlines.

View all of the evenings festivities HERE